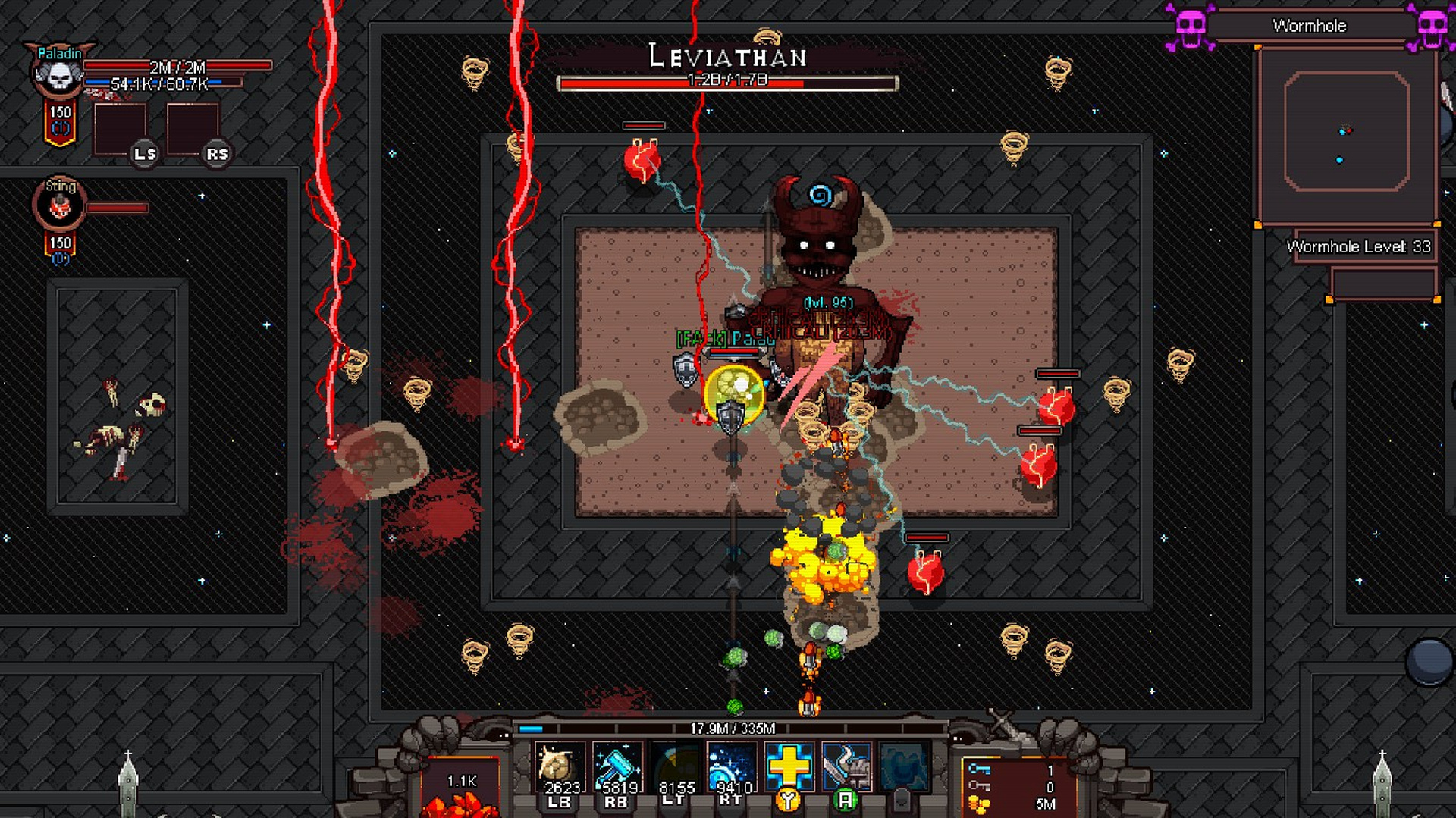 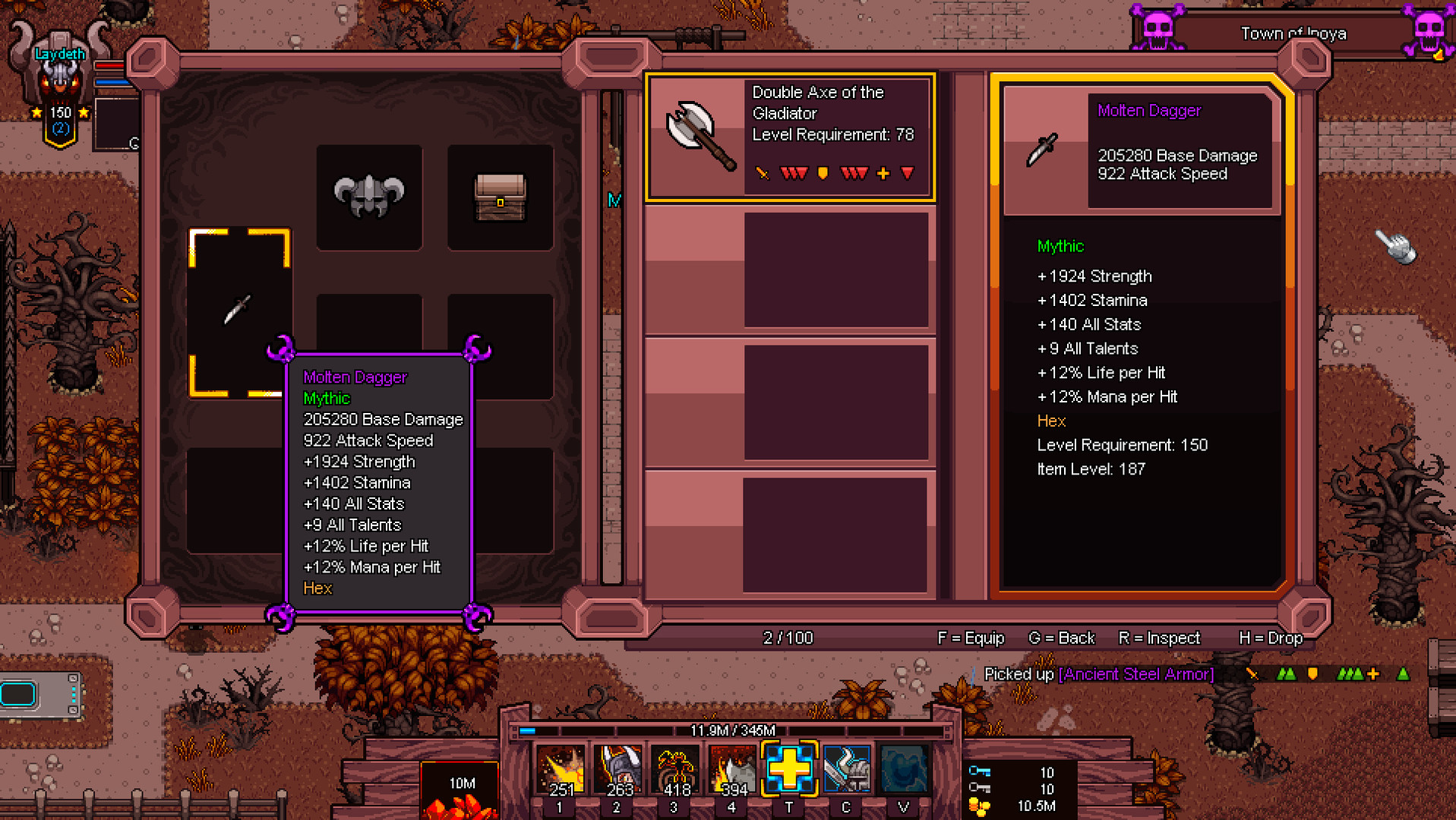 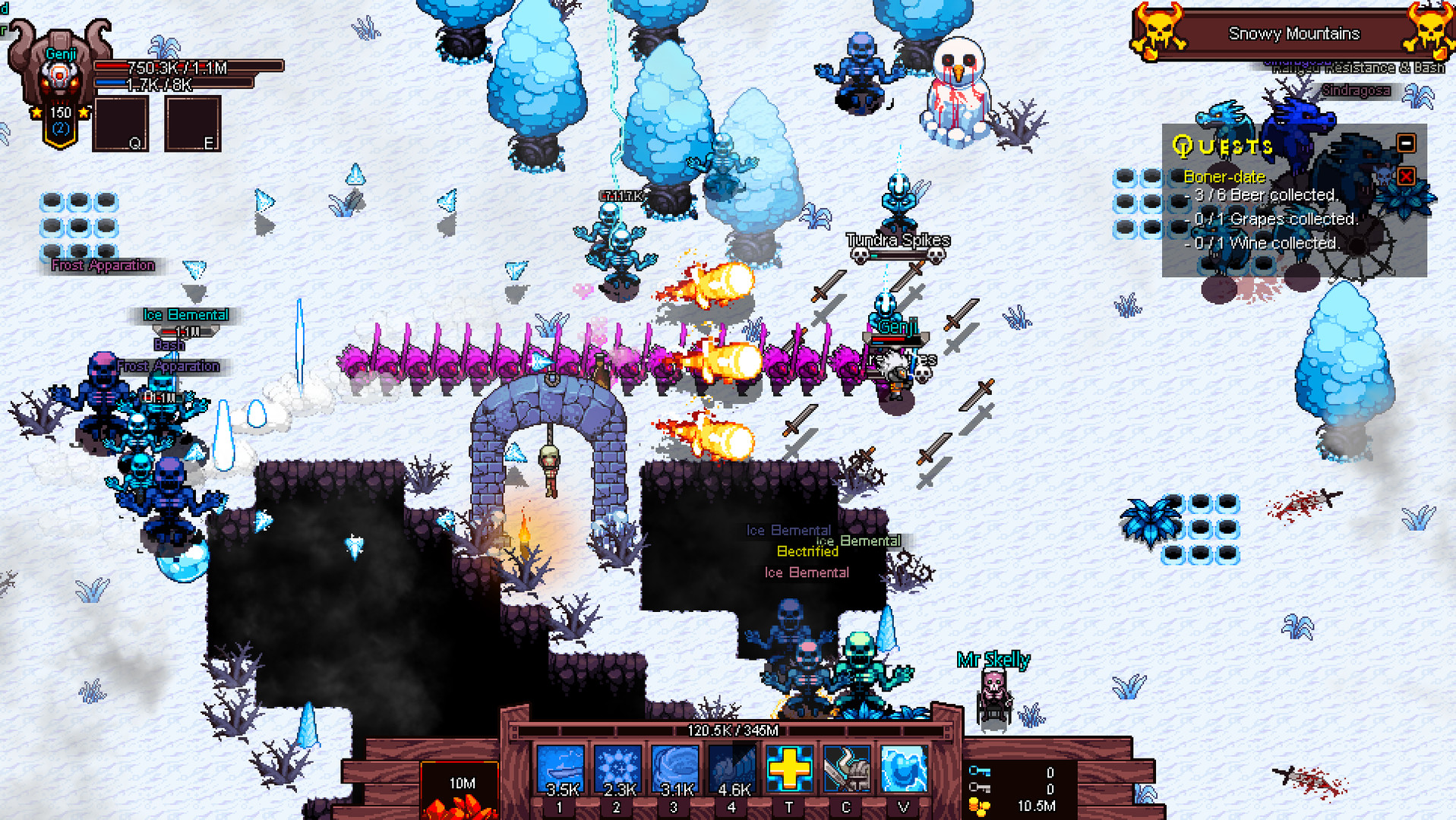 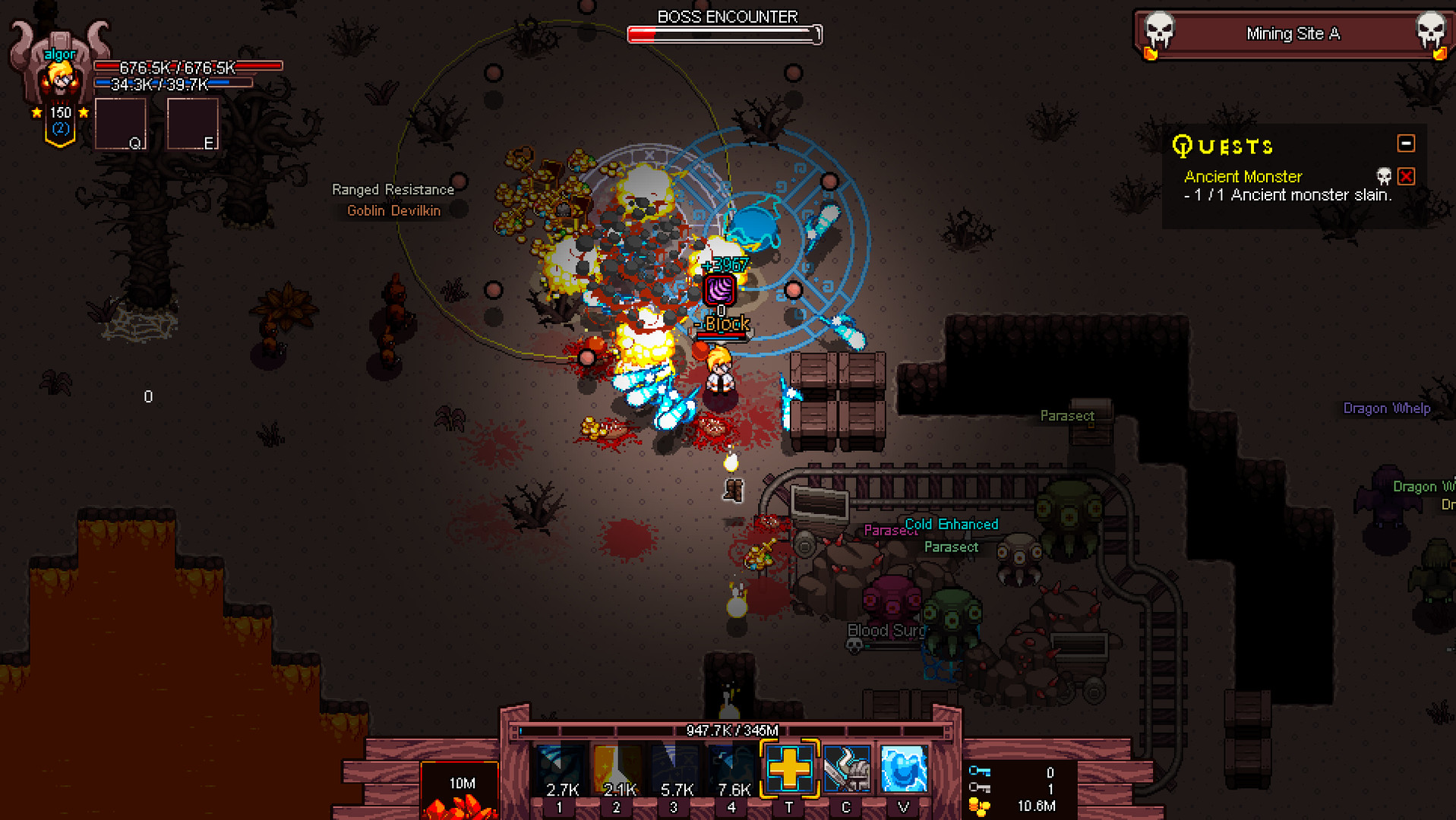 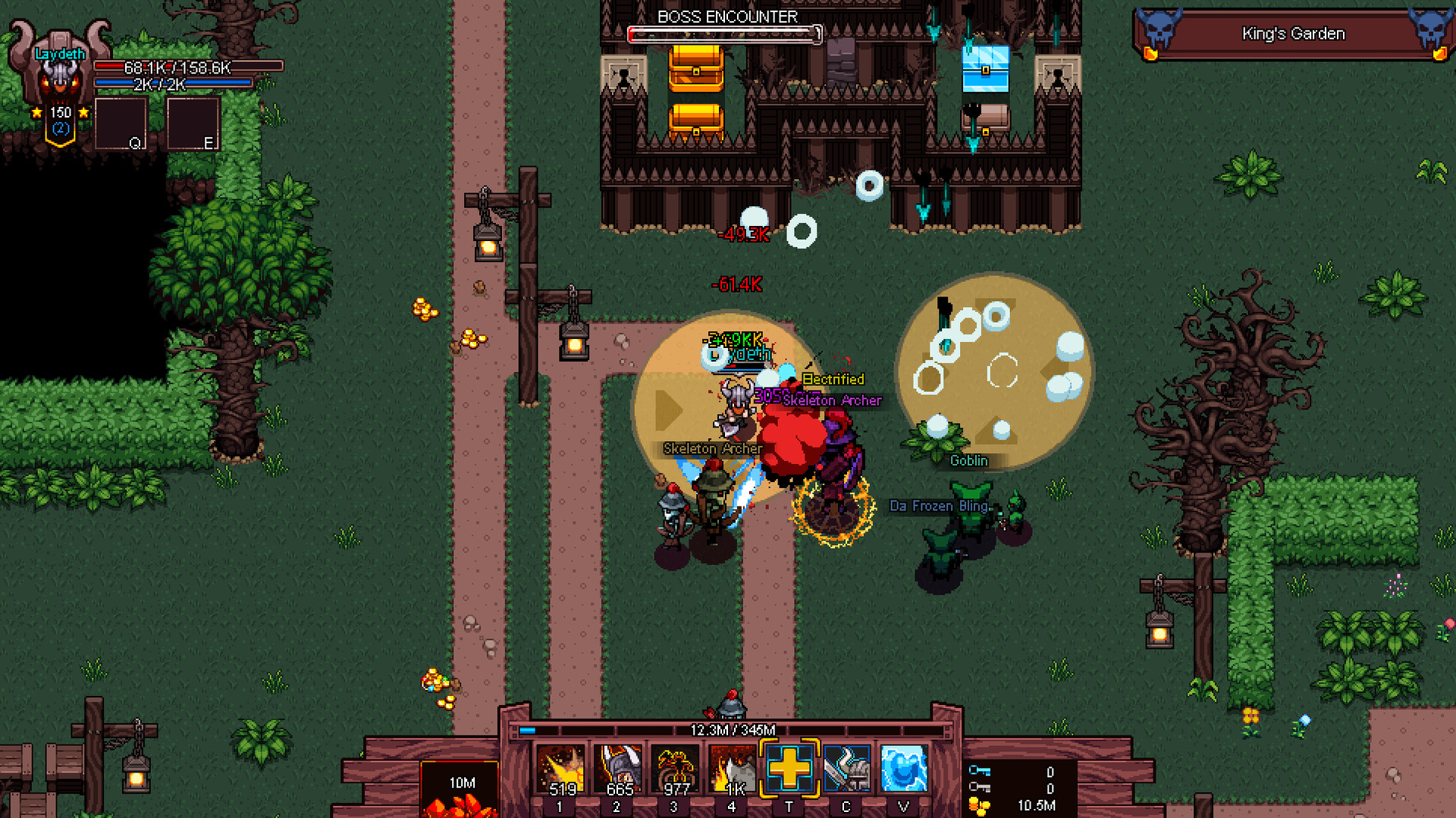 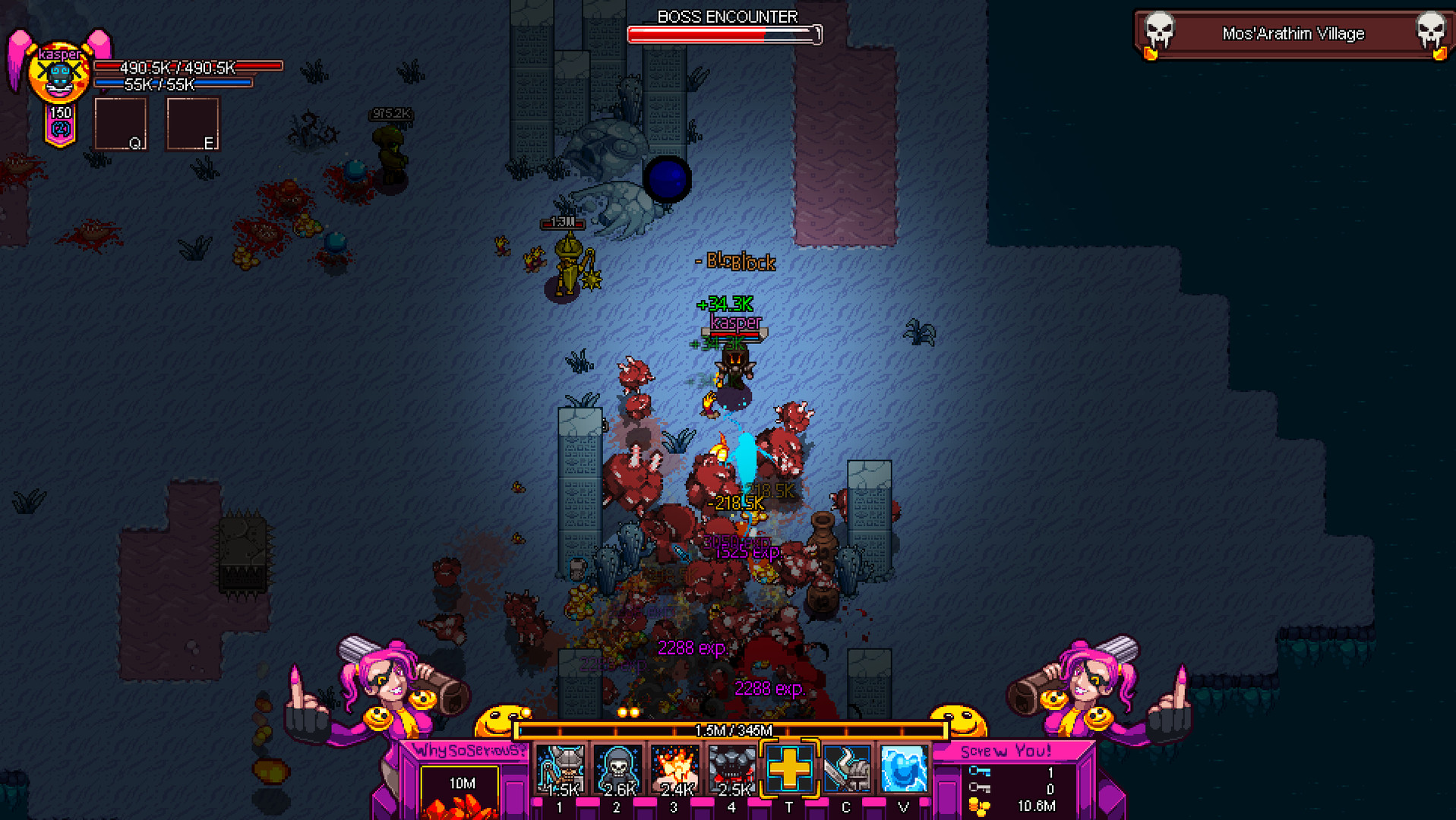 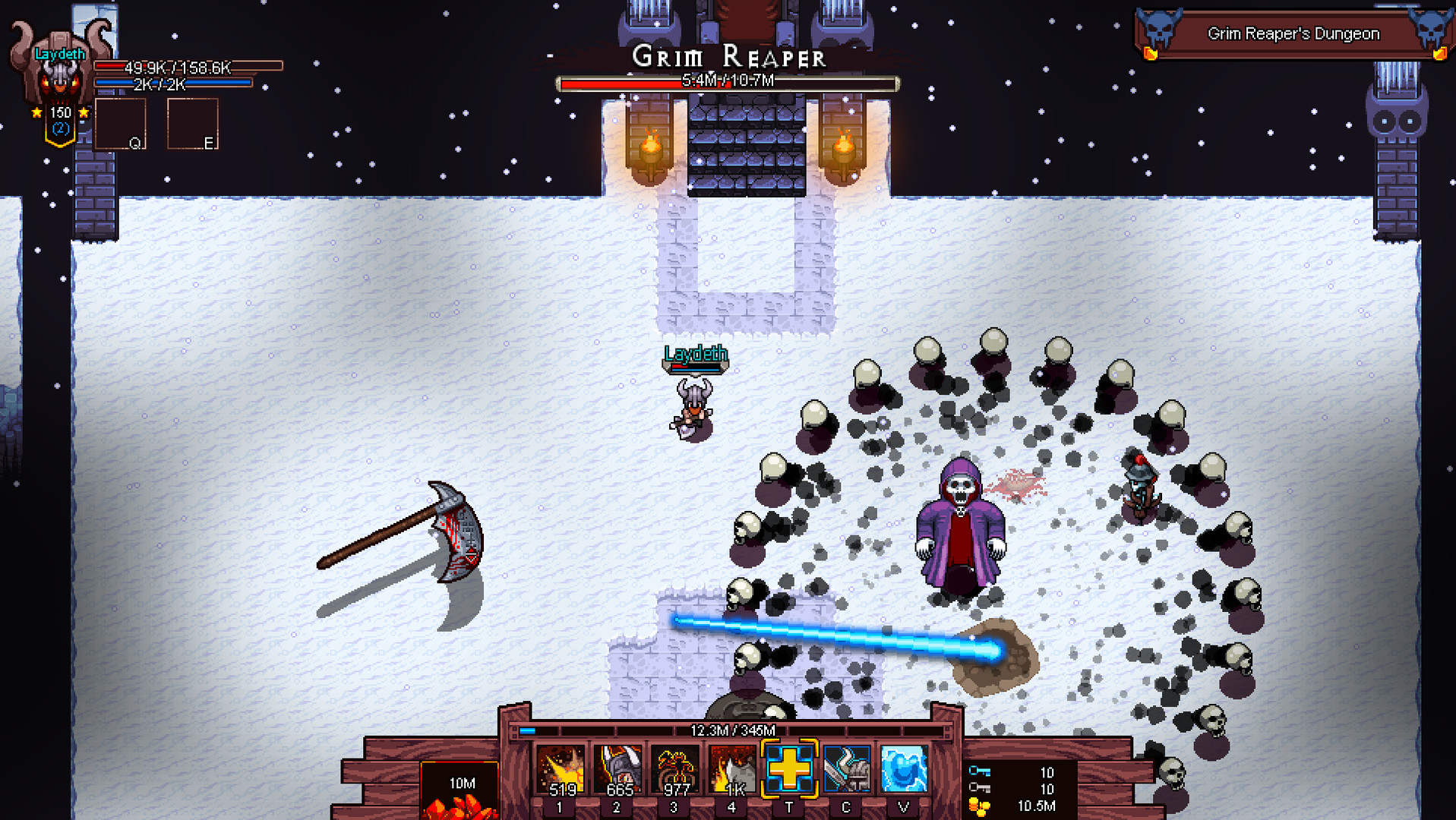 Choose from up to 14 classes for your journey through the world of Hero Siege! 8 Classes are available in the base game and the rest can be unlocked as extra content via DLC! Every class has an unique talent tree, set of abilities and unique voice acting!

Gather up to 3 friends and fight together against the forces of evil! The online multiplayer also has leader boards for Hero Levels and Wormhole rankings. Every class has its own solo leader board. In the end of every season, the best players are awarded with seasonal rewards!

The world is procedurally generated so the zones are always fresh and different filled with secret dungeons, crypts, treasure and hazards! The game consists of 7 Acts with 5 levels + end boss each. The levels contain secret dungeons that can be explored.

Hero Siege contains a wide arsenal of different enemies and bosses. The game holds over 30 unique crafted boss fights as well as enemies that vary in rarity and have special attacks. Higher rarity enemies give more experience and better loot, but are dangerous and harder to kill!

Like any good Hack N Slash game, Hero Siege has an Loot/Inventory system. Loot drops can be of several different rarities such as Normal, Magic, Rare, Legendary, Mythic and Satanic! The loot system is completely randomized and gives you the opportunity to build your Hero just the way you want!

On the side of regular Loot you can obtain runes which are dropped from 1 to 5 stars in quality. You can equip 5 runes at once, each powering up your stats in different ways. Runes can also be upgraded infinite times, but the chance for an upgrade go down as the level raises!

- ONLINE MULTIPLAYER with up to 4 players!
- Randomly generated levels, items, dungeons, bosses, secrets and events. Every game session you play is different!
- Over 170 unique crafted items that are either passive, usable or orbiting.
- Over 80 different enemies with the possibility to spawn as rare or elite with extra hp/damage and abilities, but dropping better loot and giving more exp!
- Over 30 Achievements to unlock!
- Customize your character with over 60 different hats!
- 4 Acts to play through! Extra acts come with Expansion sets!
- Random Dungeons and Crypts to explore and clear from loot and enemies!
- 7 playable classes! Extra classes come with Expansion sets!
- 6 different difficulty levels to unlock!
- Tons of random! Start discovering all the wonderful secrets and content!
- Loot system with: normal, superior, rare, legendary, mythic and satanic loot!